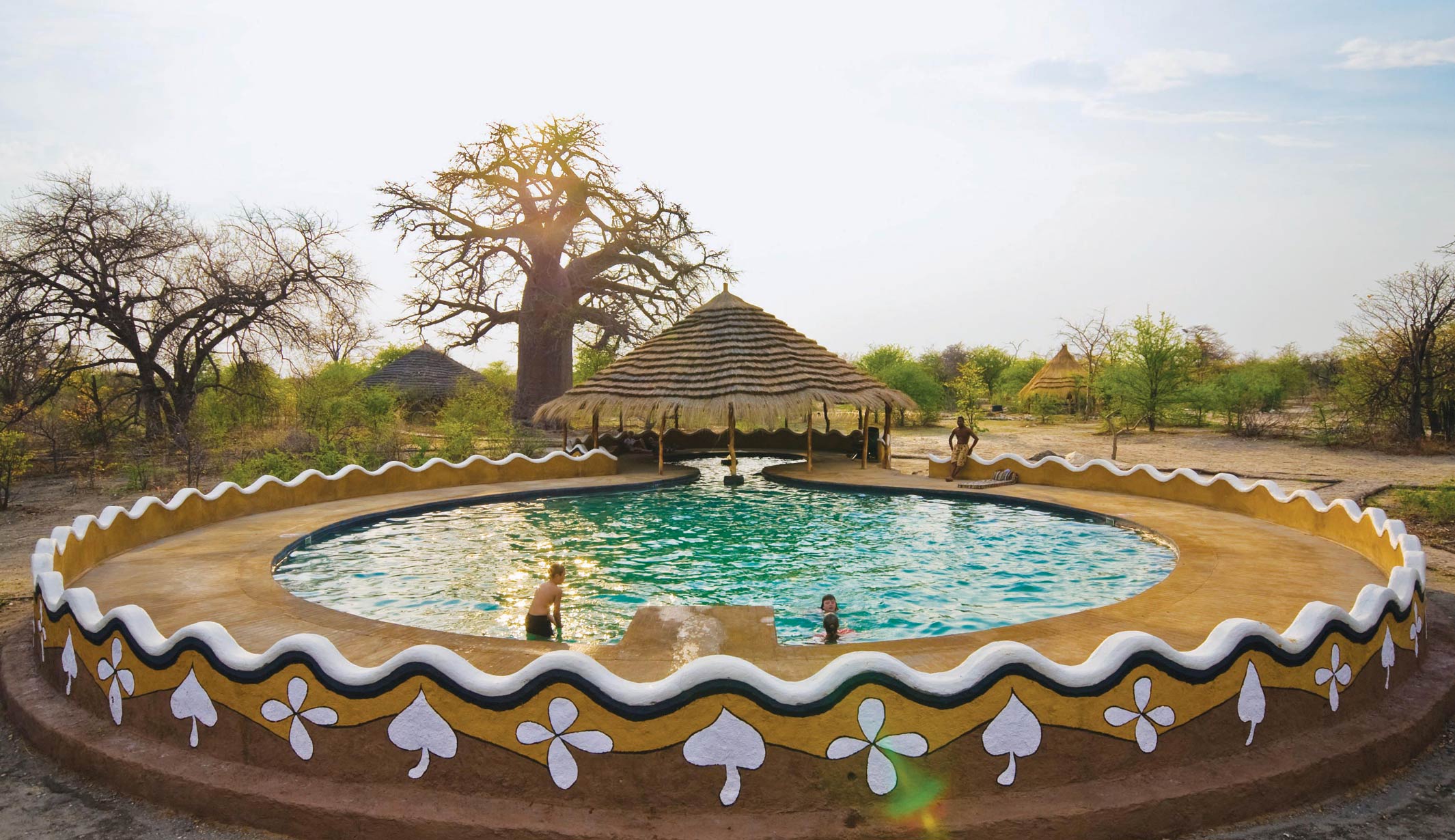 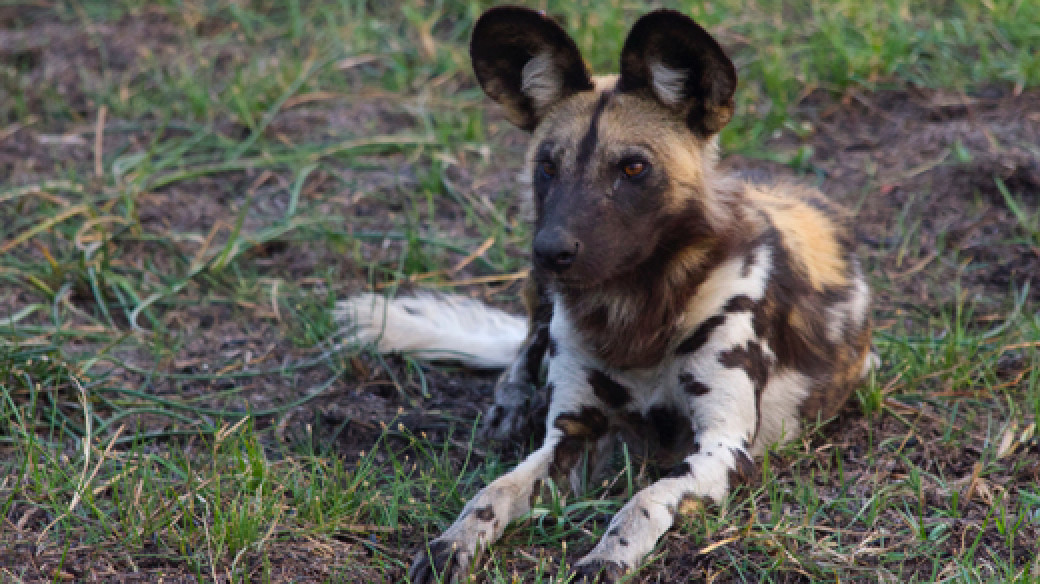 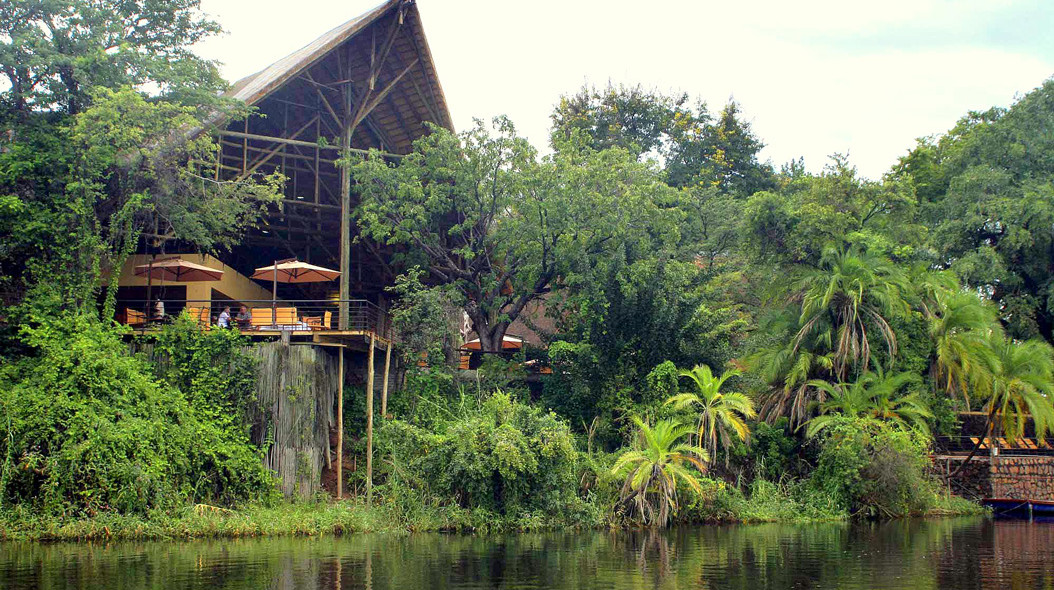 Please note: A suitable vehicle will be allocated to the tour, which can either be a Fuso, Land Cruiser, Sprinter or other appropriate vehicles (depending on availability).

On arrival at Maun Airport, you will be met by your guide and transferred to your lodge. This evening you will meet your guide and the rest of the group for your pre-departure meeting at 18h00.

Set on the lush banks of the Thamalakane River in Botswana the Thamalakane River Lodge offers its guests magnificent views of the riverbanks which are frequented by a wide array of birds and water fowl. The lodge is based just on the outskirts of Maun, the gateway to the Okavango Delta and the Moremi Game Reserve. It’s location right on the river banks is what makes this accommodation special. Breathe in the deliciously refreshing river air while you enjoy the lodge’s comfortable facilities including the full service restaurant and large swimming pool.

This morning after breakfast, you will depart Maun and travel to the area of the Makgadikgadi Pans. After settling into your accommodation, take a stroll with your guide through the surrounding baobab grove, as your guide explains the local ecology, geology and the unique biology of the baobabs, which are in fact not trees but the largest succulents in the world. (BLD)

Along the cracked and crop-less landscape on the road between Maun and Francistown, where elephants tear up any tree that dares to raise its head, a large grey hulk looms into sight at the edge of the road. You can sleep in traditionally styled Bakalanga or Baobab huts with en-suite showers. Light your own camp fire, or gather round the communal blaze in the lelwapa and enjoy a cool drink, then sling your own boerewors onto the fire or enjoy Planet Baobab’s unique Pan-African cuisine.

After breakfast, depart for either Nxai Pan or Ntwetwe Pan. These excursions are seasonal based on wildlife sightings and road conditions. Both pans form part of the greater Makgadikgadi system. (BLD)

Nxai Pan Excursion: January – May & December
An early departure takes you west towards Nxai Pan National Park. Nxai Pan adjoins the Makgadikgadi Pans National Park on its northern border. The pan itself is a fossil lake-bed about 15 sq. miles (40sq. km) in size. Covered in nutritious short grasses and small islands of acacia trees, Nxai Pan attracts vast numbers of desert herbivores such as gemsbok, springbuck, and extraordinarily large herds of giraffe, up to 30 in a group. In the South of the park are Baines’ Baobabs, a cluster of millennia-old baobab trees, named after the famous artist who discovered them in 1862, Thomas Baines. It is rare to see Baobab trees so close together and as one was growing on its side, Baines named his painting ‘The Sleeping Five’. The famous explorers: The Green brothers passed this way too and to this day their inscription into the bark, ‘Green’s Expedition 1858 -1859, can clearly be seen. Return to the lodge in the late afternoon after exploring this unique area.

Ntwetwe Pan Excursion: June – November
The Ntwetwe Pan is one of the two major pans that make up the Makgadikgadi Pans, and is amongst the largest saltpans in the world. The pan was fed by the Boteti River until it was left permanently dry following the construction of the Mopipi Dam, which provides water for the diamond mines in Orapa. The waters may have returned to the river but Ntwetwe is now famous for its extraordinary lunar landscape, particularly the rocky outcrops, dunes, islets, and channels found along the western shore. We explore the area, in search of uniquely adapted desert species such as bat eared foxes, springbuck, kori bustards, and some of the Kalahari’s most fascinating inhabitants, the meerkats. Return to the lodge in the afternoon with some time to relax by the pool.

This morning travel via Maun, the gateway to the Okavango Delta, to your camp, which is situated in a private concession in the Khwai River region. This large area is renowned for its concentration of mammals and it is not unusual to see many different types of wildlife during just one game drive. Game viewing is seasonal; depending on the time of the year you may see different species in different areas. The best time for game viewing is the end of the dry season or spring from August to November. During this season, in order for us to offer the best game viewing possible, extra driving may be required due to the animals migrating closer to the river. In the summer, birdlife can also be viewed in abundance with exceptional sightings of wildfowl and raptors. After dinner, explore the concession on a night game drive. (BLD)

Bedouin Bush Camp is located in the heart of Botswana, overlooking the magnificent Khwai River on a private concession a 2 hour drive from Maun – your gateway to the Okavango Delta and the Moremi Game Reserve. The Khwai River area is known as one of the most beautiful and wildlife rich areas in Africa. Listen to the amazing sounds of the bush at night or watch one of the many elephants strolling around the camp at daylight. This basic camp is a true gem in the bush and most of the travellers unanimously agreed upon one thing: They want to go back!

This tented camp is nestled deep in the bush and the river is frequently visited by animals such as elephant, impala, kudu, warthogs, lion and many more. By far the biggest highlight of this camp is that once you step into a vehicle, the game drive already begins. There’s no need to drive further than the concession because all the beautiful animals the Khwai Concession offers are at your door step.

With eight comfortable tents all with en-suite bathrooms positioned privately under big Acacia trees (covering an area of approximately 5000 m2) guests can relax in the privacy and the authenticity of the area while enjoying the astounding Botswana bush. Each river facing tent is equipped with twin beds, soft pillows and duvets and plenty of room to unpack your suitcase and store your most needed items on shelves and hangers.

Today head into the famous Moremi Game Reserve known as one of the most beautiful and varied reserves in Africa with an unprecedented concentration of wildlife. The full day is spent in the unspoiled nature of the Moremi Game Reserve. (BLD)

You will be transferred to Khwai Airstrip for your flight to Kasane (flight cost not included). On arrival you will be met and transferred to your lodge. Enjoy a boat cruise on the Chobe River in the afternoon from where you can watch elephants, hippos, crocodiles and a variety of birds without having to reach for our binoculars – you’ll be near enough for close-up photographs, as well as having the chance to witness a spectacular African sunset. (B)

This morning depart Chobe and make your way to your lodge in a private concession near to Hwange National Park. The next two days are spent exploring this wildlife rich area. This afternoon you can partake in an optional game drive if time allows (at own expense). On the following day, you will have plenty of time to explore this vast wilderness on a game drive. Hwange National Park is one of Africa’s finest havens for wildlife and is home to vast herds of elephant, buffalo, and zebra and has a very large concentration of giraffe. It is also home to many predators and endangered species plus varied birdlife. You will also visit the Painted Dog Conservation Centre to witness the work that is done to protect these endangered species. (BLD)

Built on a rich cultural and artistic legacy, and sheltered by the stunning Sikumi forest, on the edge of the world-famous Hwange National Park, on a private concession with stunning views over the Dete Vlei, stands the beautiful photographic safari ‘village’ known as Sable Sands. Sable Sands has 11 traditionally thatched rondavels. Part of the ancient royal hunting grounds of King Lobengula, the lodge was later visited in 1991 by her Royal Highness, Queen Elizabeth II, and Prince Phillip. The designed bedrooms have added luxury complete with private terrace, and en-suite bathroom, making your rondavel the perfect blend of ancient culture, nature and modern convenience.

Today travel to Victoria Falls, full of real African experiences. Later this afternoon enjoy a delightful sunset cruise on the mighty Zambezi River. Spend your next day at leisure or partake in one of the many optional activities (at own expense). (B)

OPTIONAL ACTIVITIES IN VICTORIA FALLS
Below is a list of some of the most popular optional activities on offer in Victoria Falls. Pre-booking is recommended to avoid disappointment. All activities are subject to availability and may require a minimum amount of passengers to operate. Certain activities only operate at specific times of the year. Please contact the reservation office for further information.

Ilala Lodge offers distinguished yet affordable accommodation in a gracious and secluded ambiance. The decor evokes a bygone era of adventure and the quest of discovery in Africa. The hotel is ideally situated and is the closest to the Victoria Falls as well as the town centre. The National Park borders the front of property and wild animals often graze on the hotel lawns with the spray of the falls in the background.

The rooms at Ilala Lodge hotel are designed to create a feeling of privacy and to minimise disturbance from other guests. The rooms on the upper tier open out onto a balcony, while the lower tier rooms have double French doors leading onto the lush, manicured gardens that offer charming proximity to the warthogs, and sometimes hippos, which often graze on the hotel grounds.

All the rooms are spacious and are decorated with teak furnishings made from railway sleepers. This décor enhances the African ambience and laid-back lodge atmosphere of this boutique hotel. Muted tones and soft furnishings in creams and browns mirror this uncomplicated, restful atmosphere. Combined with comfortable beds and tranquil views, expect to leave Ilala Lodge well and truly rested.

Your safari ends after breakfast. You will be transferred to Victoria Falls Airport in time for your onward flight. (B) 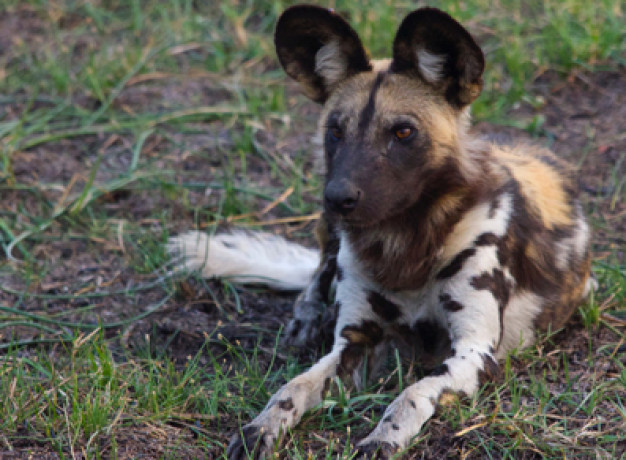