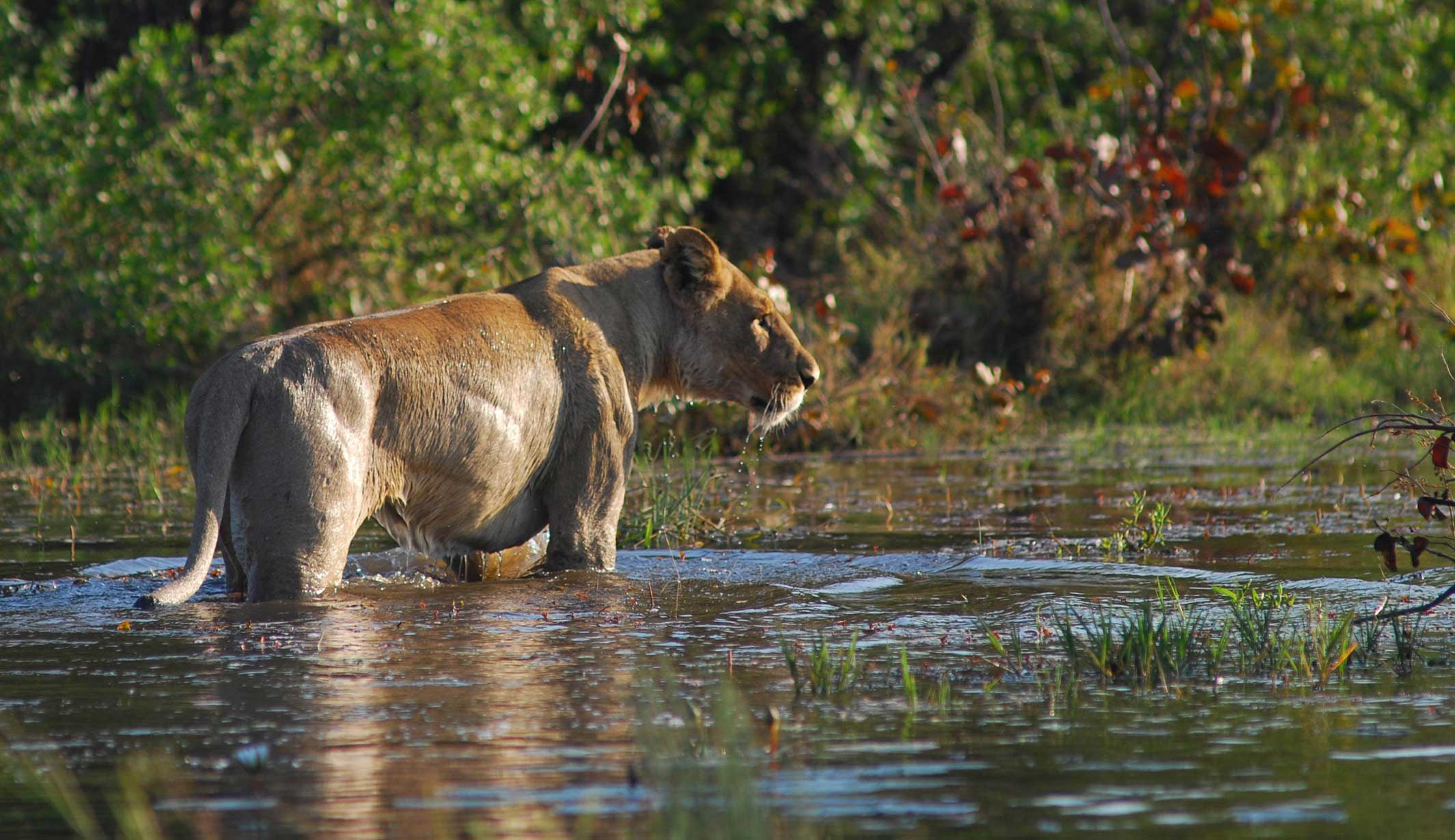 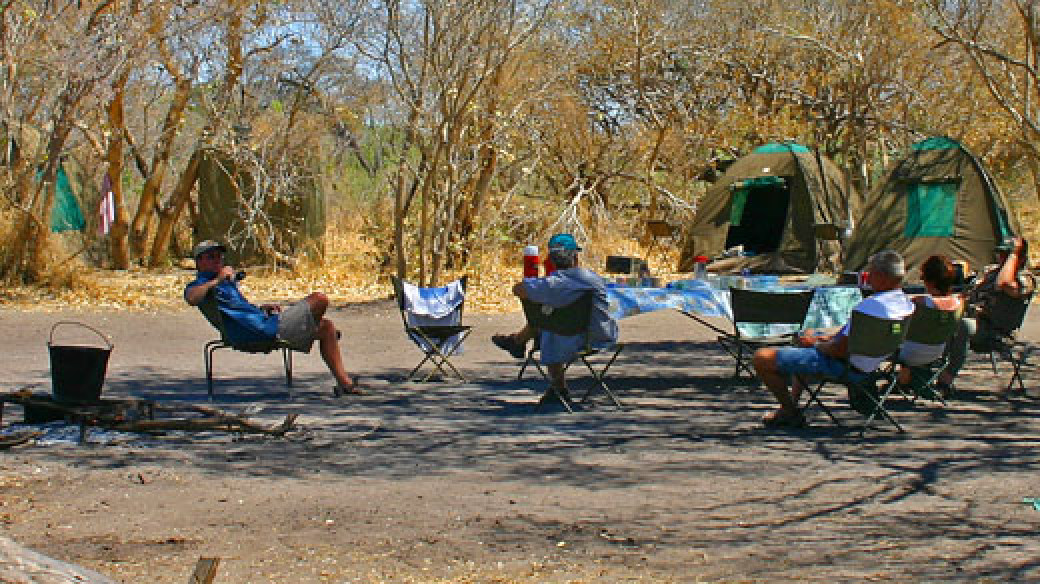 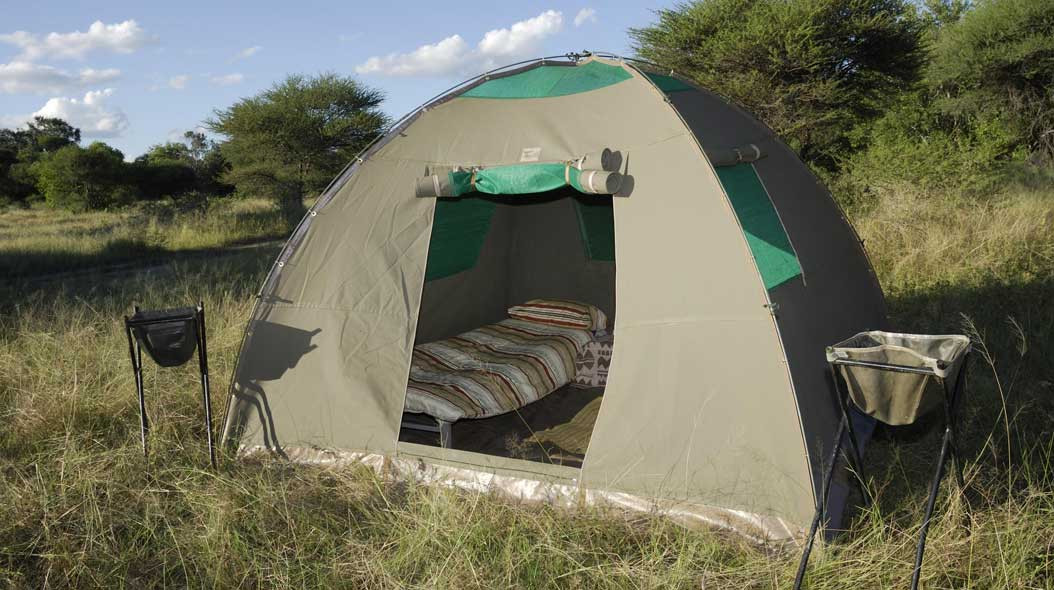 Group Size: 4 - 9 passengers
Departs: Scheduled departures during the year
..................................................
This mobile camping safari takes in all that the Okavango Delta, Moremi Game Reserve and Chobe National Park has to offer with the last few days spent alongside two of Africa’s most beautiful rivers, before ending at Victoria Falls. This safari will leave memories of spectacular wildlife and evenings spent around a campfire under the African stars.

Upon arrival in Maun, you will be met by a Wilderness Dawning representative who will assist in the transfer to a shared light aircraft for an exciting flight to Xakanaxa (pronounced ka-ka-ni-ka). Your safari guide will meet you at the airstrip and drive to your private campsite. (LD)

Xakanaxa is an integral part of the eastern waters of the Okavango Delta. The area is encompassed by Moremi Game Reserve and boasts some of the best game viewing in Africa. The game reserve has areas of dry lands rising between vast wetlands, crystal clear water channels on the edges of Mopane and Apple-Leaf woodlands. Game viewing takes place alongside waterways and floodplains. Species such as giraffe, zebra and wildebeest are but a few that occur here, along with an astonishing variety of birds.

Make your way to the banks of the Okavango River along game drive routes in the early morning. Today explore the clear channels, lagoons and rivers of the Okavango Delta by motor boat, going upstream through a myriad of crystal clear waterways lined with African Mangosteen and Water Berry Trees, as well as swaying seas of papyrus. You will follow the Okavango River through the Lagoons of Xaxanaxa and Gadikwe, deep into the permanent waters of this unique inland delta. After a picnic lunch, you will make your way back downstream to the mainland for the short evening drive and dinner. (BLD)

The team breaks camp before taking a leisurely drive to the private campsite in the Khwai River area of Moremi Game Reserve. This region’s diversity of animals is truly astounding and Moremi has quite rightly been rated as one of the best game viewing areas in the world. Enjoy an afternoon game drive. (BLD)

The area is made up of sweeping grasslands, riparian forests and floodplains. The floodplains are flooded most of the year and there are lagoons covered in blue and white water lilies. The area also has large tracts of Mopane forests. The riverine woodland consists of Camelthorn, Knobthorn, Appleleaf and great stands of Leadwood trees.

The Khwai Concession is a good area to see roan and sable antelope which are relatively rare. On your Botswana safari you might see kudu, tsessebe, wildebeest and zebra. Huge herds of migrating elephants enjoy the Mopane woodlands of the interior of the Khwai area. There are fairly stable populations of large predators such as lion, spotted hyena and african wild dogs found here and if you are lucky, you may also spot leopards.

Today is spent on early morning and afternoon game drives. Your guide will generally spend maximum time on game drives, depending on what is seen, trying to cover as much area as possible. The result of this is guests are given the best chances of seeing a variety of wildlife although there is of course, that obligatory siesta during the hottest part of the day. (BLD)

Depart Moremi, crossing the Khwai Bridge to the northern bank of Khwai River, and make your way to Chobe National Park. Due to the fact that none of Botswana’s wildlife areas are fenced, game can move freely between these two wilderness areas. Hippo, elephant and sometimes lion are often found on this route. Moving through the Mababe depression, you will relocate to Savuti where you will camp in the Savuti Channel area. Game viewing this afternoon takes place along the fringes of the marsh and surrounding water holes. The area is best known for large populations of bull elephants and prides of lion that patrol the banks of this enigmatic channel. (BLD)

The Savuti Marsh area, 10,878 km2 large, constitutes the western stretch of the park (50 km north of Mababe Gate). The Savuti Marsh is the relic of a large inland lake whose water supply was cut a long time ago by tectonic movements. Nowadays the marsh is fed by the erratic Savuti Channel, which dries up for long periods then curiously flows again, a consequence of tectonic activity in the area. It is currently flowing again and in January 2010 reached Savuti Marsh for the first time since 1982. As a result of this variable flow, there are hundreds of dead trees along the channel’s bank. The region is also covered with extensive savannahs and rolling grasslands, which makes wildlife particularly dynamic in this section of the park. At dry seasons, tourists going on safari often view the warthog, kudu, impala, zebra, wildebeest and a herd of elephants bullying each other. At rain seasons, the rich birdlife of the park (450 species in the whole park) is well represented. Packs of lions, hyenas, zebras or more rarely cheetahs are visible as well. This region is indeed reputed for its annual migration of zebras and predators.

Today enjoy morning and afternoon game drives, and time dependent, an opportunity to climb one of the hills to see San Bushman paintings, an indication that this area has always drawn those who have an affinity to the wilderness. (BLD)

Journey north toward the Chobe River, the second biggest river in Southern Africa (Zambezi in the largest). Chobe River is home the world’s largest elephant herds; large numbers of big game such as buffalo, hippo and lion can be seen here. Your private campsite is on a teak forested dune that overlooks this beautiful river. Game drives are taken in the afternoons and mornings to find the remarkable variety of species that are drawn to this permanent water source. (BLD)

The Chobe Rriver area is situated in the extreme Northeast of the park, has as its main geographical features lush floodplains and dense woodland of mahogany, teak and other hardwoods now largely reduced by heavy elephant pressure. The Chobe River, which flows along the Northeast border of the park, is a major watering spot, especially in the dry season (May through October) for large breeding herds of elephants, as well as families of giraffe, sable and cape buffalo. The flood plains are the only place in Botswana where the puku antelope can be seen. Birding is also excellent here. Large numbers of carmine bee eaters are spotted in season. When in flood spoonbills, ibis, various species of stork, duck and other waterfowl flock to the area. This is likely Chobe’s most visited section, in large part because of its proximity to the Victoria Falls. The town of Kasane, situated just downstream, is the most important town of the region and serves as the northern entrance to the park.

After an early start, take a slow drive along the southern bank of the Chobe River, where you can find Chobe bushbuck and puku antelope. In the afternoon, you may choose to go on an optional afternoon boat cruise along the Chobe River perhaps the last river where one has a fair chance to see lion and elephant, leopard or wild dog from the unique viewpoint of a boat. (BLD)

You have a leisurely start this last camping morning and say fond farewells toy our efficient back-up and camp crew after breakfast. Head eastwards for the short drive to Kazungula Border Post, the clear customs and immigration at both the Botswana and Zambian borders post before transferring to Livingstone. This afternoon can be spent exploring one of the truly magnificent sights on earth the wonderfully beautiful Victoria Falls 300 feet high and over a mile wide! Witness the power of nature as an average of 55,0000 tons of water thunders into the Zambezi Gorge every minute. Optional activities and Victoria Falls Entrance at guests own expense. Overnight is usually at the Zambezi Waterfront. Please note that the entrance fee to Victoria Falls is not included in this tour. (B)

Fun and lively, The Zambezi Waterfront is the perfect place to stay when you are looking for centrally located, yet affordable Livingstone accommodation. The Zambezi Waterfront has long been known as the heart of Livingstone, Victoria Falls Zambia. Only four kilometres from the areas main attraction, The Victoria Falls, the resort is ideally positioned to take advantage of the many activities that are on offer in the area. The Waterfront resort offers great facilities including a restaurant and bar where many sundowners have been enjoyed from the deck whilst overlooking the Zambezi River and Siloka Island.

Today you will be collected from your lodge and transferred by road to Livingstone Airport for your onward flight. (B)

Please note: Every endeavour is made to ensure the itinerary runs as advertised, Wilderness Dawning reserves the right to change this due to unforeseen circumstances or external influences beyond their control. 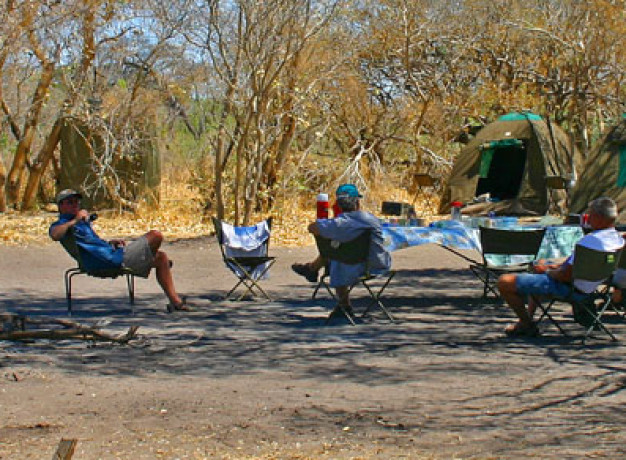