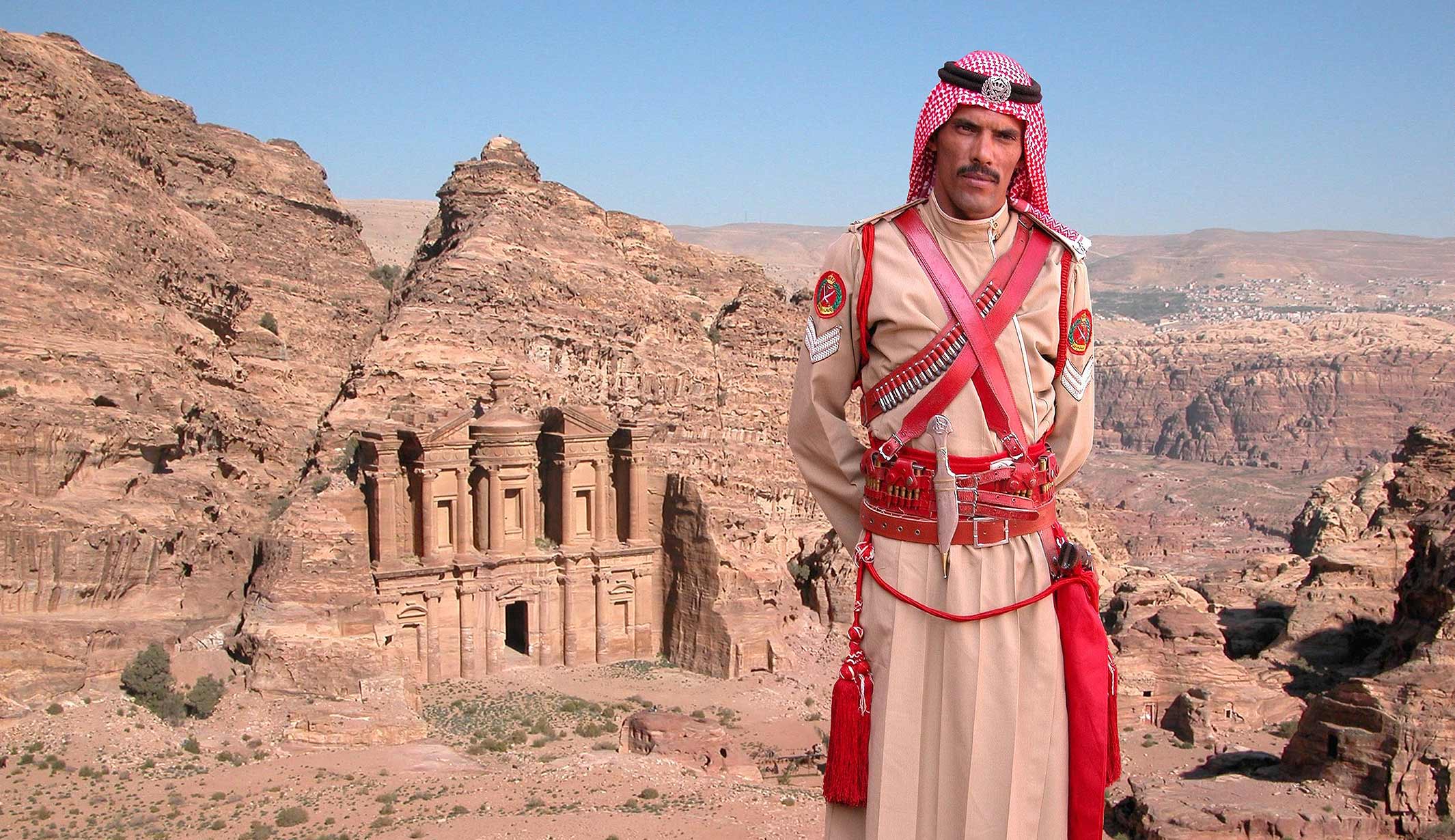 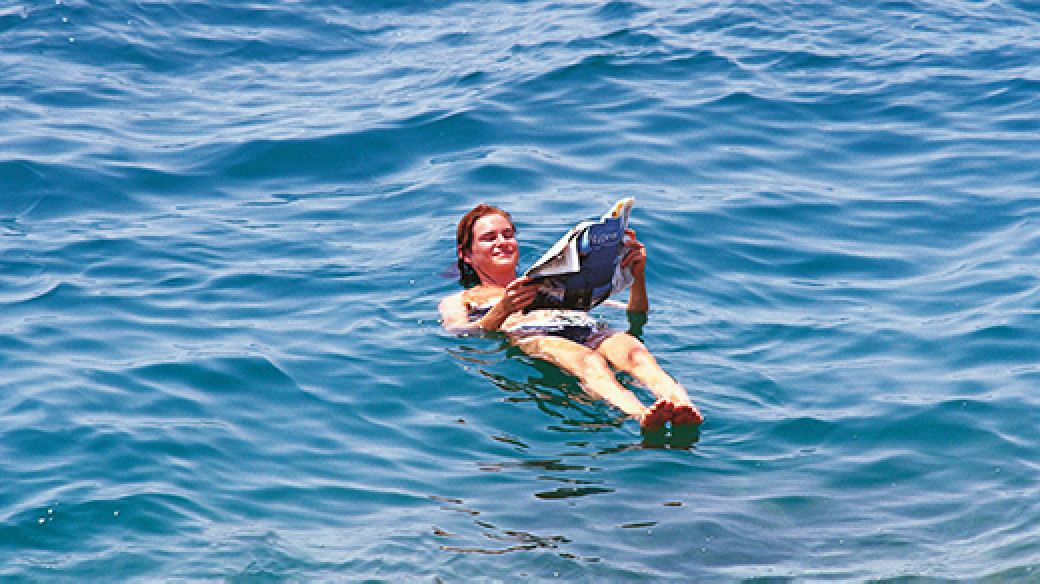 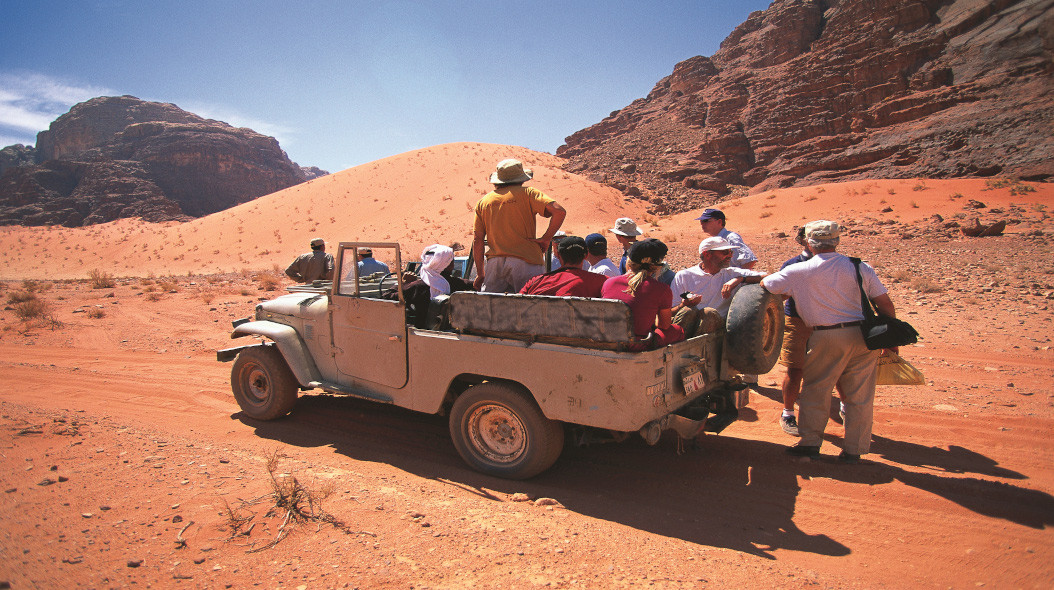 On arrival at Amman Airport you will be met by a representative from Karma House at the immigrations area, continue through the visa process and onto the arrivals hall where you will meet your driver. Depart the airport and travel to your hotel (this is a driving time of approximately 40 minutes).

Located in the central business, social and residential destination, Amman’s new downtown, Al Abdali, Amman Rotana offers holiday makers the serenity and warmth of home as well as the splendour and modern extravagance that can only be offered at Rotana.

Amman Rotana is the first tower hotel in Jordan offering 412 lavish rooms and suites, housed across 50 floors at 188 metres high. All rooms boast floor-to-ceiling windows offering remarkable views of the city. This 5 star hotel is designed in a vibrant modern style providing a combination of deluxe accommodation, diverse culinary experiences, state-of-the-art meeting and event facilities including the Monarch Ballroom.

After breakfast you will travel to Jerash (this is a driving time of approximately 1 hour). Jerash is the site of the ruins of the Greco-Roman city of Gerasa, also referred to as Antioch on the Golden River. Remains in the Greco-Roman Jerash include the Corinthium Column, Hadrian’s Arch, the circus-hippodrome, the two large temples (dedicated to Zeus and Artemis), the nearly unique oval Forum, which is surrounded by a fine colonnade, the long colonnaded street or cardo, two theatres (the Large South Theatre and smaller North Theatre), two baths, and a scattering of small temples and an almost complete circuit of city walls. (B)

After your tour of Jerash you will travel to the Dead Sea (this is a driving time of approximately 1.5 hours). The Dead Sea is 427 metres below sea level and the Earth’s lowest point on land. The Dead Sea is 306 metres deep, the deepest hypersaline lake in the world.

The luxury Mövenpick Resort & Spa Dead Sea is found in a traditional village setting nestled amongst lush gardens. The resort is set on the northern shores of the Dead Sea, at the lowest point on earth. With your well-being and balance in mind, this resort is an oasis of tranquillity.

Life at the Mövenpick Resort & Spa Dead Sea showcases Jordanian life in all its splendour. There are 10 different room categories offering 346 luxurious rooms all decorated in contemporary furniture and with a rustic vibe. The resort offers you a choice of main building rooms and village suites, featuring either beachfront with garden or sea views. The most recent additions are the Beach Rooms and Beach Suites.

Relax in the award-winning Arabian Dead Sea Zara Spa with breathtaking views of the healing waters. Offering world-class facilities on 6,000 square metres, you can be sure to experience ultimate spa luxury. A unique revitalising and therapeutic experience awaits you.

After breakfast you will spend the day exploring Mount Nebo, Madaba and Kerak before travelling to Petra. (B)

Mount Nebo is the mountaintop memorial of Moses with captivating views of the Jordan Valley, Dead Sea and The River Jordan. It is mentioned in the Bible as the place where Moses was granted a view of the Promised Land that he would never enter.

Madaba is best known for its spectacular Byzantine and Umayyad mosaics. Sites you can visit in Madaba include Mimar the Institute of Mosaic Art and Restoration, the Archaeological Park encompassing several Byzantine Churches, Saint George Church famous for the 6th century mosaic map of the Holy Land, Madaba Museum and more.

Kerak is known for its famous crusader castle, the castle is one of the three largest castles in the Levant Area. Continue onto Petra (this is a driving time of approximately 2 hours).

The Mövenpick Resort Petra is located directly at the entrance to the historic Jordanian city of Petra. This resort with an oriental flair features an exciting combination of natural stone, handcrafted wood and Middle Eastern fabrics and textures.

With 183 newly renovated rooms and suites and a wide variety of restaurants for your culinary cravings, the Mövenpick Resort Petra will certainly provide long lasting memories. Enjoy your time spent in one of the world’s most extraordinary destinations.

Today you will explore Petra, famous for its rock-cut architecture and water conduit system. Another name for Petra is the Rose City due to the colour of the stone out of which it is carved. UNESCO has described it as one of the most precious cultural properties of man’s cultural heritage. You also have the option to go horse riding from the main entrance to the Siq. (BD)

The impressive eastern entrance leads steeply down through a dark, narrow gorge called the Siq (“the shaft”), a natural geological feature formed from a deep split in the sandstone rocks and serving as a waterway flowing into Wadi Musa. At the end of the narrow gorge stands Petra’s most elaborate ruin, Al Khazneh (popularly known as “the Treasury”). Travelling past the Treasury you will reach the amphitheatre which has been cut into the hillside and into several of the tombs during its construction. Here are hundreds of elaborate rock-cut tombs with intricate carvings. There are obelisks, temples, sacrificial altars and colonnaded streets, and high above overlooking the valley, is the impressive Ad-Deir Monastery, a flight of 800 rock cut steps takes you there.

After exploring Petra, return to site entrance, board your vehicle and continue onto the Wadi Rum Desert (this is a driving time of approximately 1.5 hours).

Bait Ali Camp is a unique rest area in the heart of Wadi Rum, easily accessed from the main Wadi Rum road. The camp and rest area is built in the Bedouin Arabic tradition blending naturally into its desert surroundings. Together with its large modern kitchen Bait Ali has traditional Bedouin tented areas, modern showers and toilets, terraced areas with “zerb oven”, bar facilities and of course plenty of room for camping, whether in the tents already on site or for motor caravans.

This morning enjoy a 2 hour Jeep tour in a 4X4 open back vehicle of Wadi Rum, known as the Valley of the Moon. Once you have explored Wadi Rum you will begin your journey back to Amman (this is a driving time of approximately 4 hours). (B)

Located in the central business, social and residential destination, Amman’s new downtown, Al Abdali, Amman Rotana offers holiday makers the serenity and warmth of home as well as the splendour and modern extravagance that can only be offered at Rotana.

Amman Rotana is the first tower hotel in Jordan offering 412 lavish rooms and suites, housed across 50 floors at 188 metres high. All rooms boast floor-to-ceiling windows offering remarkable views of the city. This 5 star hotel is designed in a vibrant modern style providing a combination of deluxe accommodation, diverse culinary experiences, state-of-the-art meeting and event facilities including the Monarch Ballroom.

Today you will transfer to the Amman Airport for your onward flight. (B) 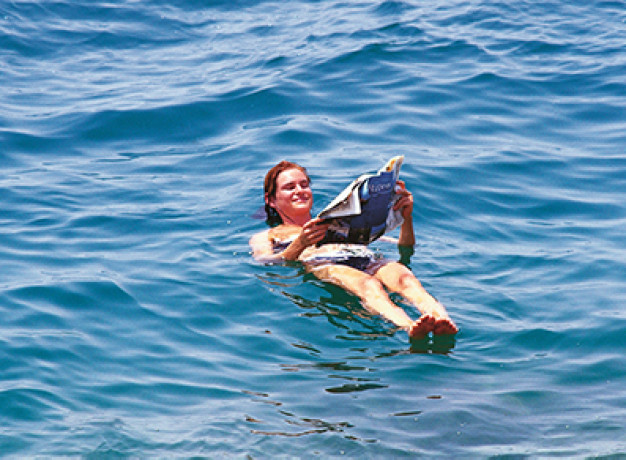