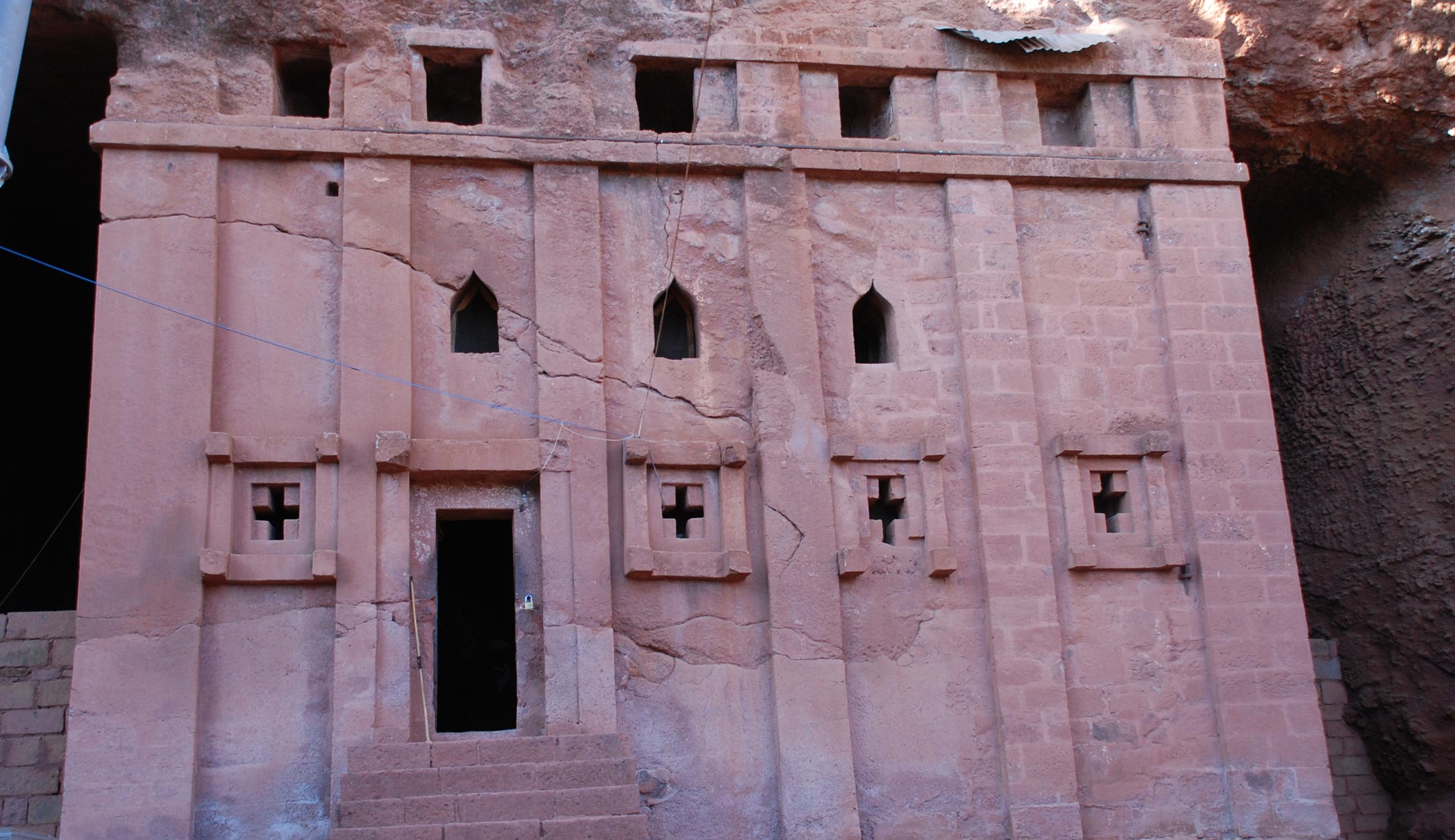 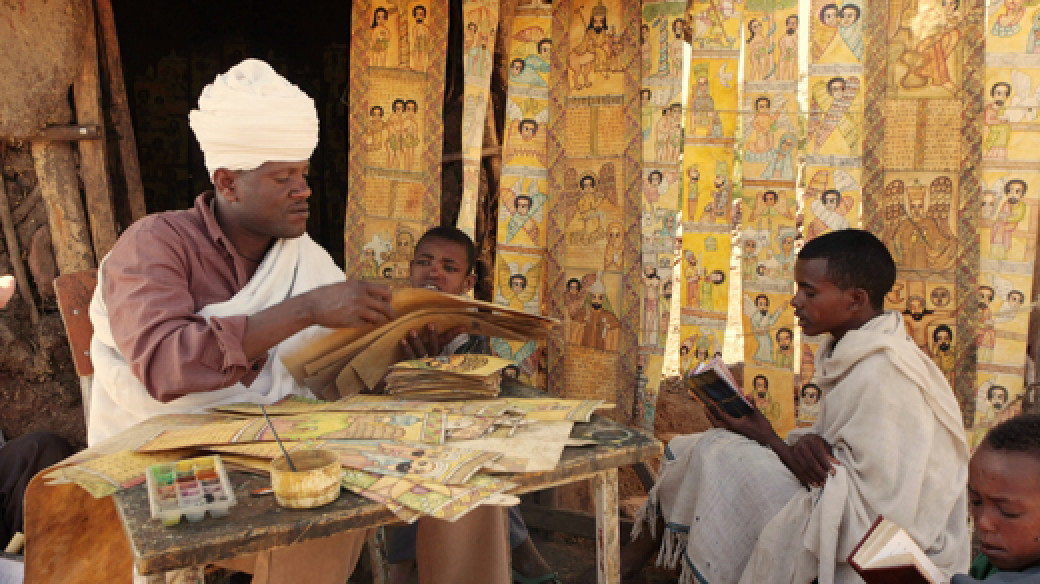 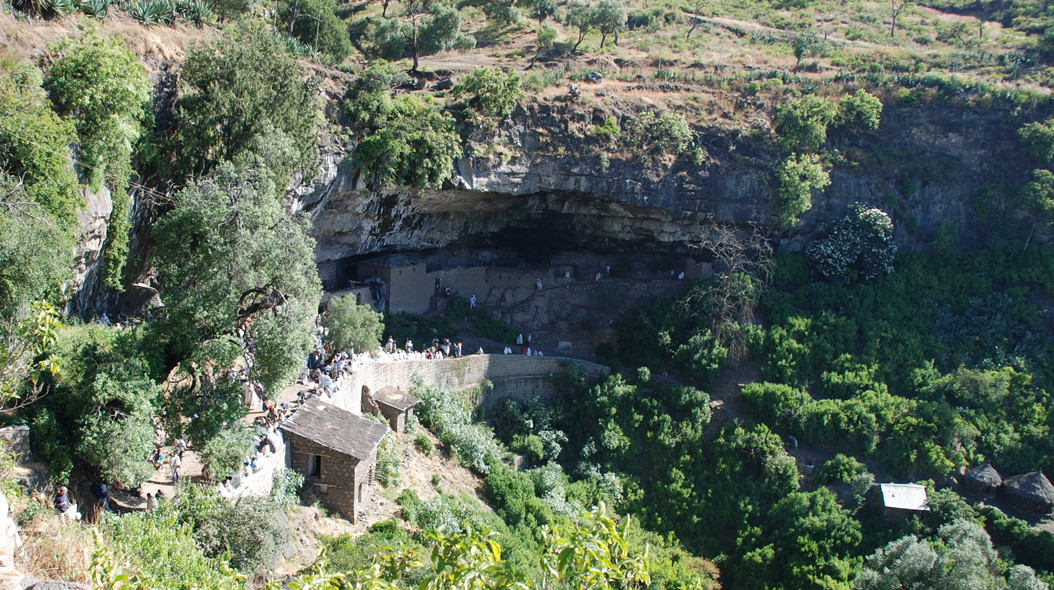 On arrival at Addis Ababa International Airport you will be met and transferred to your hotel. You will have a chance to rest before commencing your city tour. The tour includes a drive to view the city from Mt Entoto and visit the imperial compound which holds two churches, Mariam and the Arechangel Raguel. Returning to the city you will visit the Archaeological Museum and then return to your hotel.

An early transfer to the airport for your flight to Bahir Dar (flight cost not included). On arrival You will be transferred to your accommodation, it will be too early to check-in but your luggage can be left for your later return. (B)


You will depart by boat for the Zeghie Peninsula, which is known for its 14th century, round, grass roofed churches and their magnificent wall murals. You will visit two churches, Betra Mariam and Ura Kidane Mehret, walking through dense forest with lots of bird life, before returning by boat to your hotel for lunch.

This afternoon you can either make an excursion to the Blue Nile Falls, some 30 km from the town, or undertake a city tour.

Immerse yourself in the rich history of Ethiopia with landscapes of Bahir Dar’s native architecture and monolithic churches. The lodge is located on the shore of Lake Tana which is known as the source of the Blue Nile.

After breakfast you will head to your next destination in the Simien Mountains. Travelling through Gondar and then onto Debark before entering the National Park. You will arrive at the hotel in time for lunch and then in the afternoon head further into the park. You will have the chance to see some of the native wildlife and spectacular views. Your hotel is the highest, at 3600m, in Africa.

Simien Lodge is within close proximity to the breathtaking and exotic mountain landscapes of The Simien Mountains National Park. The restaurant at Simien Lodge has a spacious area with a log fire centre piece and Ethiopian décor.

After breakfast you return to Gondar. On arrival, you check into your next hotel, and start your city tour after lunch. The tour the Royal Enclosure or Fasil Gibbi and provides a glimpse into what it would have been like in its hey-day with its various castles and churches. Within Gondor itself many of the churches were destroyed in the 19th century but there is a fine example that has survived. (B)

Goha Hotel stands on a hill with an enchanting view of the city. Equipped with the most up-to-date facilities and elegantly furnished rooms, the hotel offers a luxurious retreat for its visitors. You can enjoy a breathtaking view of the panorama stretching away towards the distant Lake Tana.

At the end of the 12th and beginning of the 13th centuries King Lalibela of the Zaghwe dynasty built a series of rock hewn churches – the New Jerusalem as he called it – now rightly acknowledged to be one of the wonders of the world. There are 11 churches in the town named after him, with others in the surrounding countryside. All are still in use today. (The churches are divided into two groups, the division being the River Yordanos or River Jordan).

It is estimated that the churches took 25 years to construct – for the Kingdom based on Roha (later renamed Lalibela) to have kept a large work force engaged in economically unproductive labour for such a long period means that it disposed of a large economic surplus and was very wealthy. The area then was clearly fertile and agriculturally productive, whereas now deforestation and population pressures on the land have reduced its productivity.

Ideally situated on the Eastern side of the city of Lalibela, on approximately 16.55 acres of land, in a remarkably afforested compounded with luxuriant trees and savannah grasses, featured by 30 extra-big gorgeous bungalows, built with the state – of- the art lodge technologies consisting of 48 heavenly beds are supplemented with high speed internet in each room. All the Bungalows feature specious private verandas with scenic views of the hills of Lalibela and this modern – classic lodge creates unforgettable experience to the discerning travelers. The Ethiopian cultural and all day dining restaurants, lavish bar, souvenir shop, spacious swimming pool with clean warm water and modern day spa (sauna, steam, and massage) services.

Today is further exploration of the area and the many sights. In the morning you can choose to ride a mule to the church of Ashetun Mariam (about a 4 hour round trip) passing small villages on the way and wonderful views of the surrounding countryside from the top. In the afternoon you will head off by vehicle to the cave church of Yemrehane Christos.

This morning you will transfer to the airport for the flight to Axum (flight cost not included). This was the seat of an empire which extended across the Red Sea to Arabia, traded with India and China, minted its own coinage, had its own alphabet and notational system, and was noted by the 4th century Persian historian Mina to be one of the four great powers of the ancient world. The tour will include the stelae (largest single pieces of stone erected anywhere), tombs and castles of kings, Axum Museum and Mariamtsion Church. (B)

The morning will be a chance to catch any of the numerous sites that time yesterday didn’t allow for you to visit and then you will head off to Yeha, Ethiopia’s first city, and its ancient ruins and temples to explore. (B)

You will be transferred to the airport for your flight to Addis Ababa (flight cost not included). Depending on your onward arrangements there may be time to do some shopping before departing the city. (B) 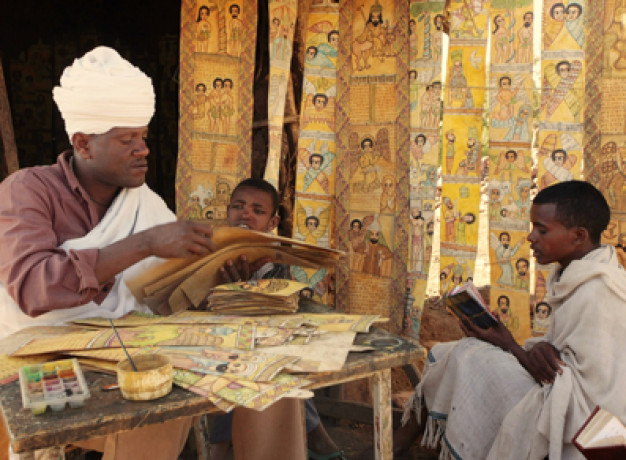