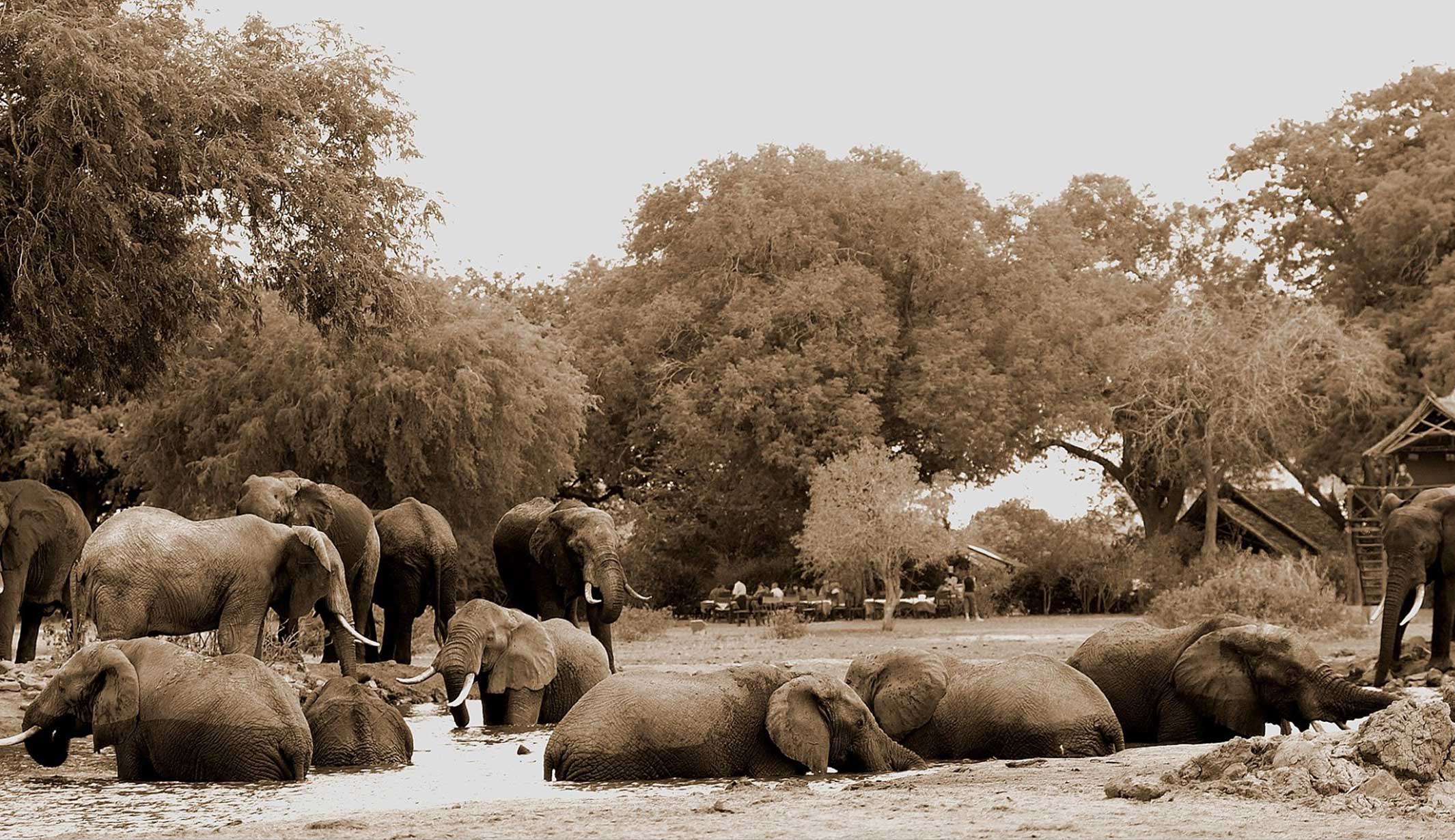 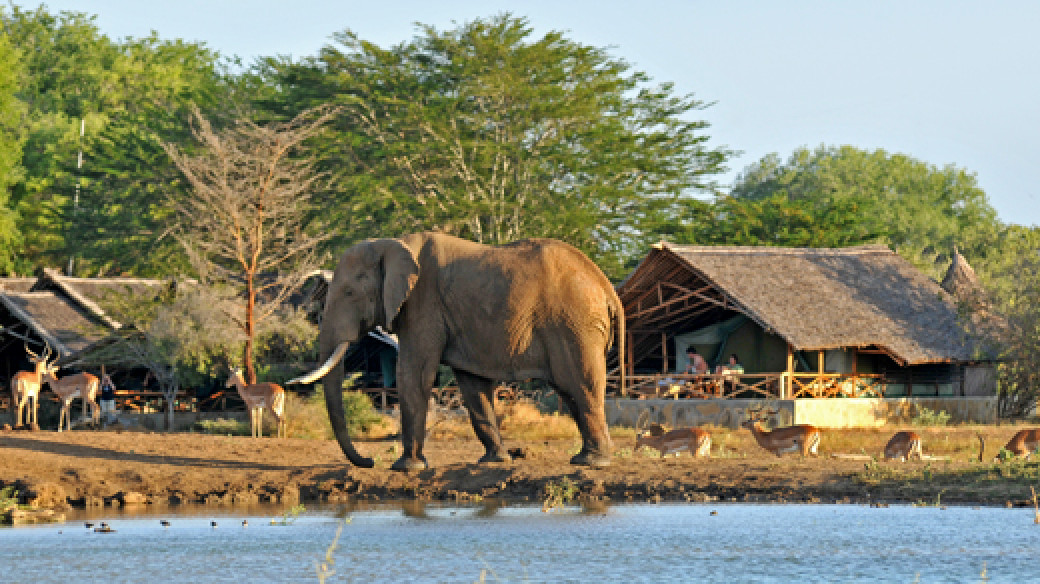 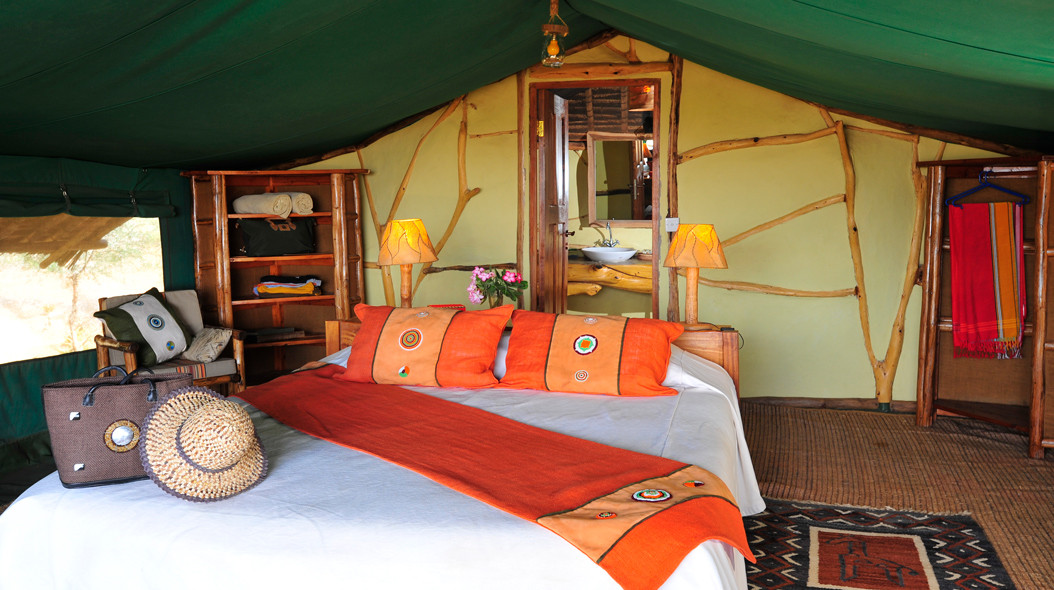 Departs: Daily private departures based on a minimum of 2 passengers
..................................................
For an authentic tented safari experience in Kenya, venture into wildly charming Tsavo East National Park, affectionately named ‘Land of Giants’ due to the big tusker elephants that live within its borders. Nestled in an oasis lies Satao Camp – 20 tents surrounding a significantly productive waterhole, which at key times of year attracts thousands of elephants daily. A view that’s hard to beat! Varied excursions include game drives, Mzima Springs, the Galana River and the First World War battlefields at Taita Taveta.

On arrival at Nairobi Airport you will be met and transferred to your hotel.

Tamarind Tree Hotel is ideally located just 5 kms to the southwest of Nairobi within the spacious Carnivore grounds and its iconic Carnivore Restaurant. The hotel offers easy access to all parts of the city, its national park, as well as to the country’s many diverse attractions via the neighbouring Wilson Airport and Southern Bypass. The nearby Langata and Karen suburbs are among the liveliest and most popular in Nairobi with world-class shopping malls and excellent restaurants.

Nestled amongst trees and surrounding a central water hole, the semicircular layout of the camp provides an excellent viewing point for each of the guests. Satao Camp has 20 tents, all en-suite, thoughtfully positioned to ensure a full view of the camps “own” watering hole. The 20 tents are made up of 16 family tents and 4 suites each tent is constructed of sisal and boroti poles topped with a makuti roof, only the front of the tent is visible as each tent has its own patio with table and chairs.

The tents are exquisite; all are attractively furnished with locally made beds and unique African designs. Each spacious tent has a private bathroom with running water. The shower however is in the true African style, whereby the camp staff bring hot water in the evening. The bathrooms are very spacious, slate floors with stunning wooden framework, the wash basins sunken into the structure, all fitted with flushing toilet.

After breakfast you will drive to Tsavo West National Park with a game drive enroute to Mzima Springs. Tsavo West offers some of the most magnificent game viewing in the world including elephant, rhino, hippos, lions, cheetah, leopards, buffalos, diverse plant and bird species including the threatened corncrake and near threatened Basra Reed Warbler. (BLD)

You will visit the Mzima Springs and continue to Kilaguni Serence Lodge for lunch. After lunch enjoy a game drive back to Satao Camp.

After breakfast you will depart for a full day in Taia Taveta region. You will visit the First World War battlefields. After lunch at Taita Hill Lodge you will return to Satao Camp for an evening sundowner. (BLD)

The First World War (1914 – 1916) in Taita Taveta, Kenya… It may not be known to many, but Kenya (was then British East Africa) served as a fighting ground during the WW1 from 1014 to 1016 between the Germans and the British. Taita Taveta holds a special place in the First World War East African campaign, as it was one of the scenes of clashes between the British and Germans in the region. In fact, many of the battlefields, such as Salaita Hill, remain largely undisturbed, with bunkers and trenches still visible. A tour of Salaita Hill reveals its strategic position, offering a clear view of the Taveta plains and hills across the border in Tanzania, from where the Germans forces advanced during the war. 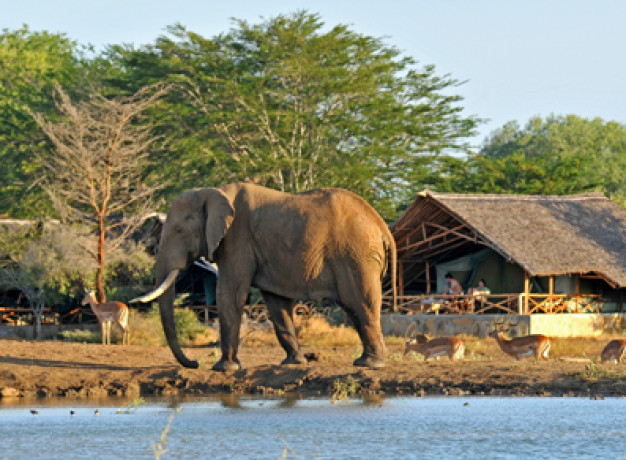