We Say a Sad Goodbye to Satao II – The Gentle Giant

We were absolutely devastated to hear the tragic news of Satao II's death.

Whilst elephants have roamed the African terrain for generations, today 8 out of every 10 elephants deaths is a result of poaching. 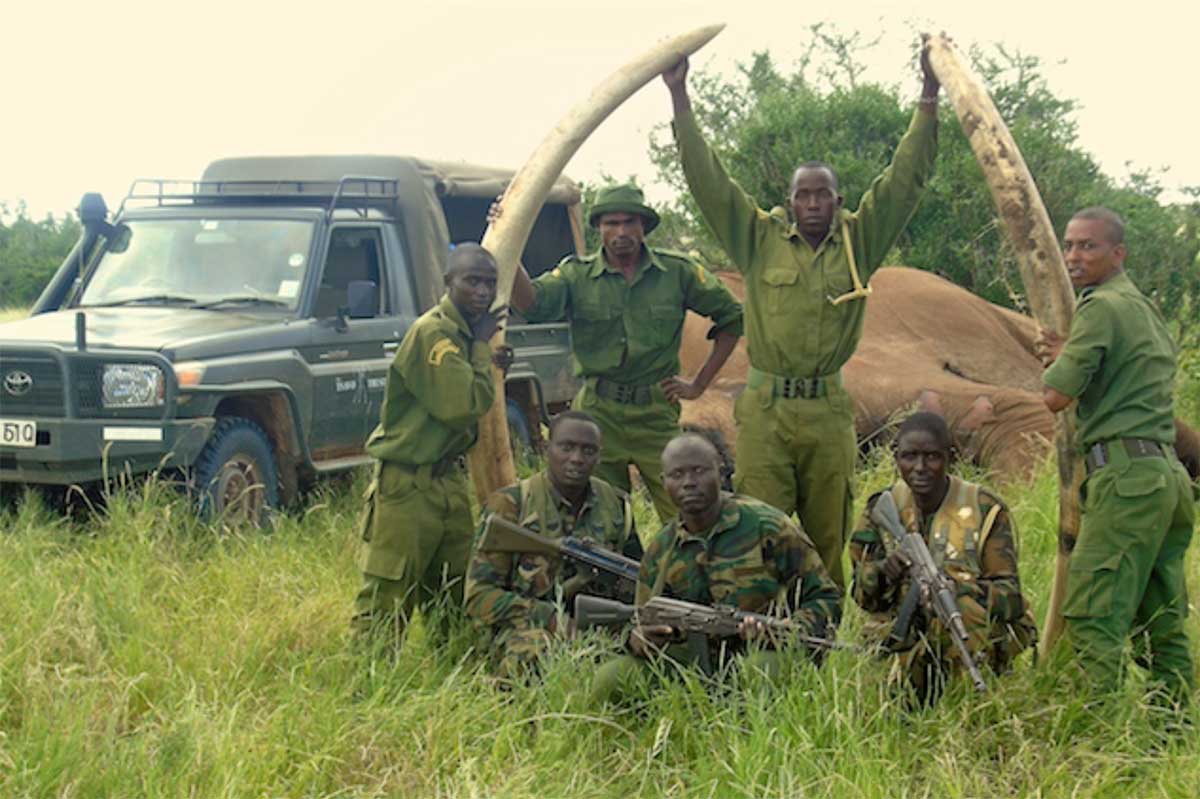 Satao II was one of the largest, and most magnificent elephants left on earth but poachers sadly tracked him down and it is believed that they claimed his life with a poisoned arrow, in Tsavo East National Park, Kenya. The one saving grace? The rangers from the Kenya Wildlife Service arrived on site before the poachers had a chance to get away with his tusks.

It is a stark reminder that despite all the amazing efforts by organisations in Africa that all elephants are still incredibly vulnerable due to human activity and greed for their ivory. We recently met with Bradd from The Askari Project who raise awareness and funds in Australia for the Tsavo Trust, he told us some wonderful stories about Satao II. By all accounts he was a trusting, gentle giant. He was also one of the Tuskers that frequented our waterhole at Satao Camp, in Tsavo National Park all of which makes the news even more devastating.

There are now fewer than 30 African &quotBig Tuskers" - adult bulls with ivory large enough to brush the ground - in the world.

If you want to know how to help to protect these Big Tuskers then we urge you to please check out the Tsavo Trust website. The Tsavo Trust operates the Big Tusker Project focussing on aerial and ground surveillance and data capture, with the support of the KWS’ rapid reaction teams who deal with poaching incidents.

The Tsavo Trust was set up by Richard Moller who is entirely relentless in his pursuit for conservation. He is one of  Kenya's most respected conservation project managers and is also involved in formulating policy alongside KWS.

He has now called for some of these Tsavo Tuskers to be afforded a Presidential Security Decree, as was the case with the famous Tusker 'Ahmed' of Marsabit National Park in the early 1970s.

The trust stated that: “Although this is a very sad loss in every way, we can take some positive from this in that Satao II’s carcass was indeed found with the ivory intact and recovered before it could fall into the wrong hands and further fuel the illegal ivory market."

“More importantly, this poaching gang that possibly tried to poach Satao II has been broken forever. KWS acted swiftly and with support from Tsavo Trust and the informer networks in this area, the desired result was realised.”

The Tsavo Trust actually have representation here in Australia so you don't have to go far to offer support. The Askari Project was set up by Bradd Johnston, an avid supporter of the Tsavo Trust.

Products sold by the Askari Project

We love their shop which sells jewellery made from snare wire, seized by anti-poaching patrols that aim to protect South Luangwa's iconic wildlife, in Zambia. The vision is genius, aiming to "create beauty from brutality". The purchase of all these products contributes funding directly to the monitoring and protection of some of the last Great Tuskers of Africa found in the Tsavo region of Kenya, as well as anti snaring & wildlife patrols in Zambia's Luangwa Valley.

They also sell beautifully branded wine to raise funds and awareness for the Tsavo Trust. Every bottle of Askari branded wine ordered raises vital funding for elephant conservation and is sent directly to projects and activities being undertaken in the Tsavo region of Kenya, home to some of the last Great Tuskers of Africa.

We now have less than 30 Tuskers left in Africa and they need our help!